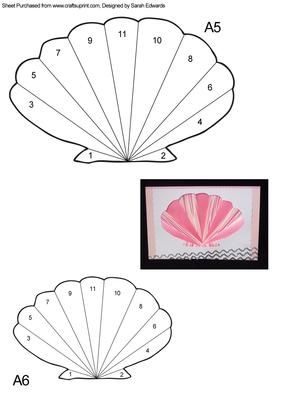 Sea Shell Iris Folding Pattern on Craftsuprint designed by Sarah Edwards – An iris folding pattern of a sea shell.A simple pattern which is suitable for those who are new to iris folding, as well as those with experience.You will receive the pattern in A5 and A6 size. – Now available for download!