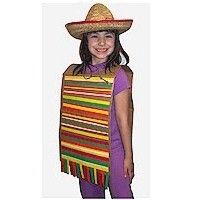 This Serape is made from a paper bag and is perfect for Cinco de Mayo celebrations, World Thinking Day or 'World of Girls' Journey.

Previous How To Differentiate Writing Instruction in K-2
Next Explosionsbox mal im Doppel :)