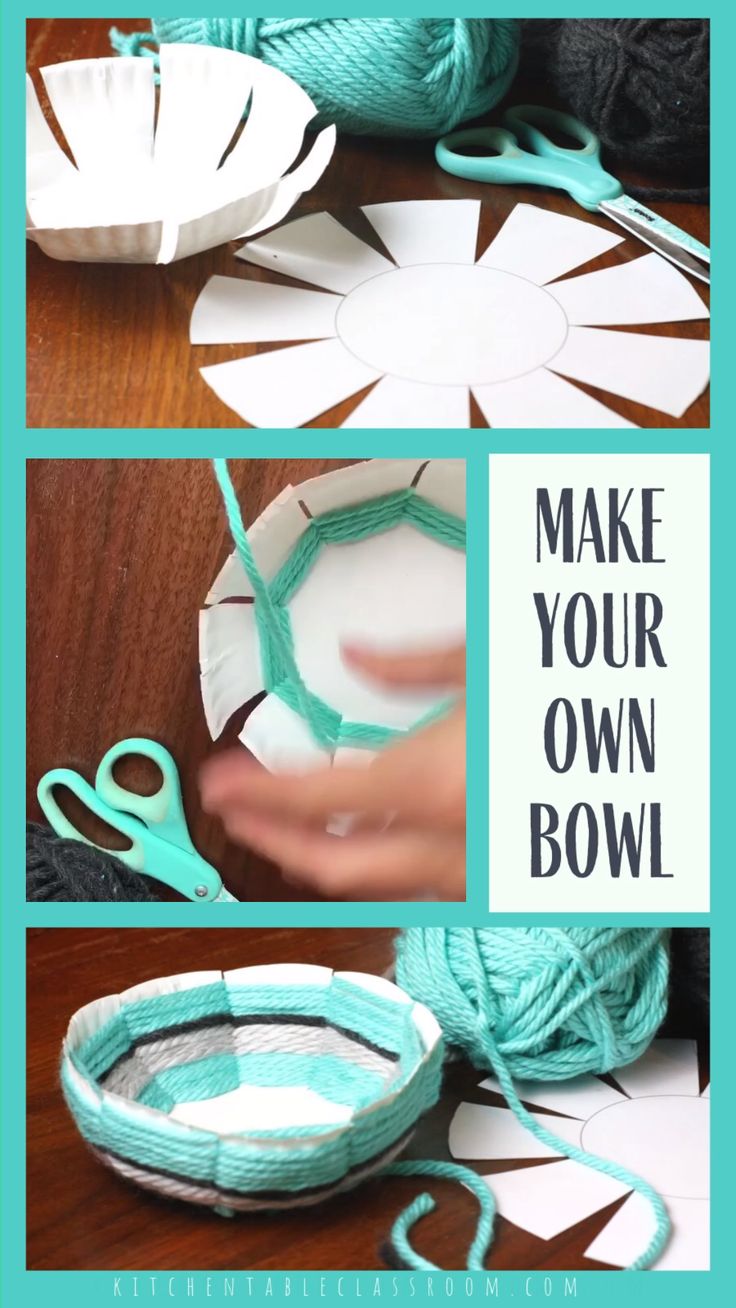 Make your own bowl from a paper plate using this free template. #yarncrafts #weaving #craftsforkids