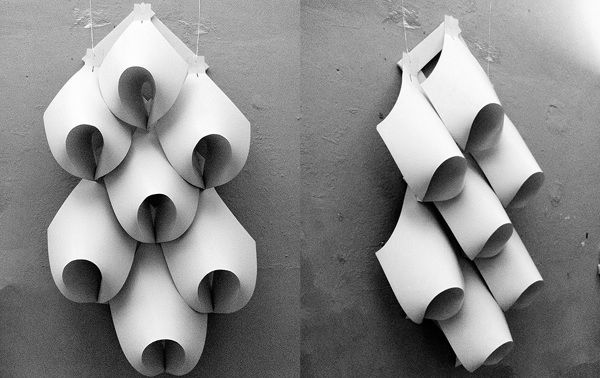 Back and forth experimentation with hands-on paper folding along with digital simulations in Grasshopper resulted in the fabrication of a 1:1 scale steel architectural element during a Robotic Folding workshop with Robofold's founder Gregory…