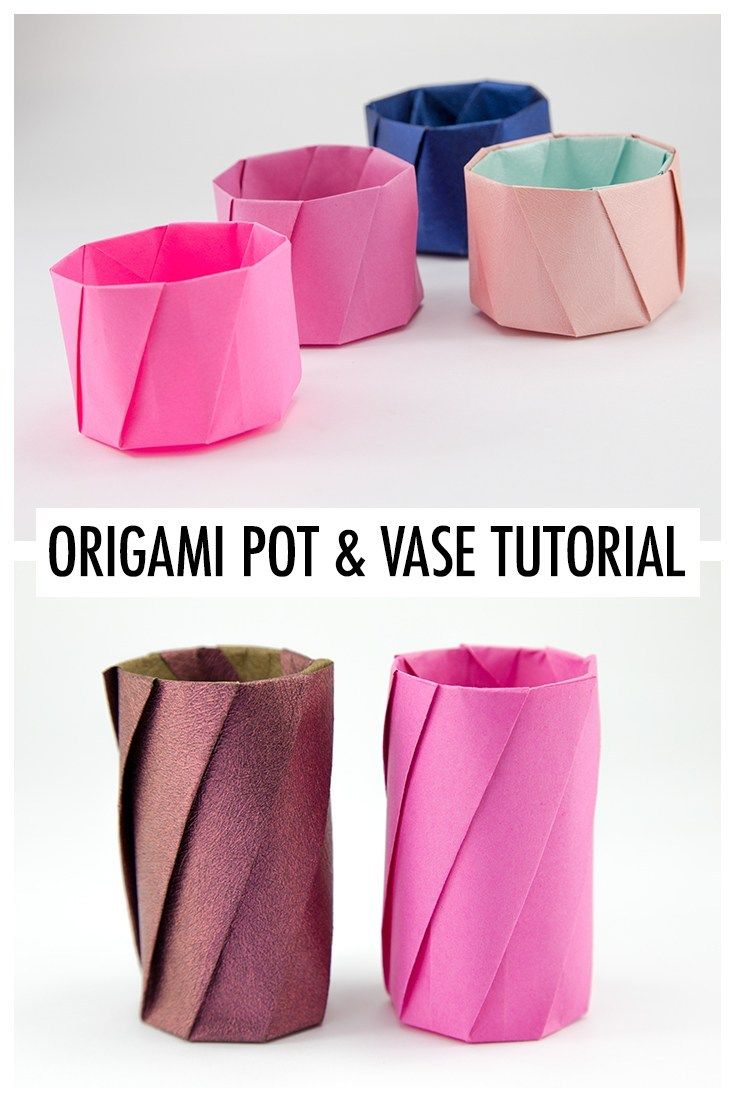 Learn how to fold two versions of a round origami pot or vase. This origami cup can be tall or short, made from 1 sheet of square paper, no glue or cuts required.