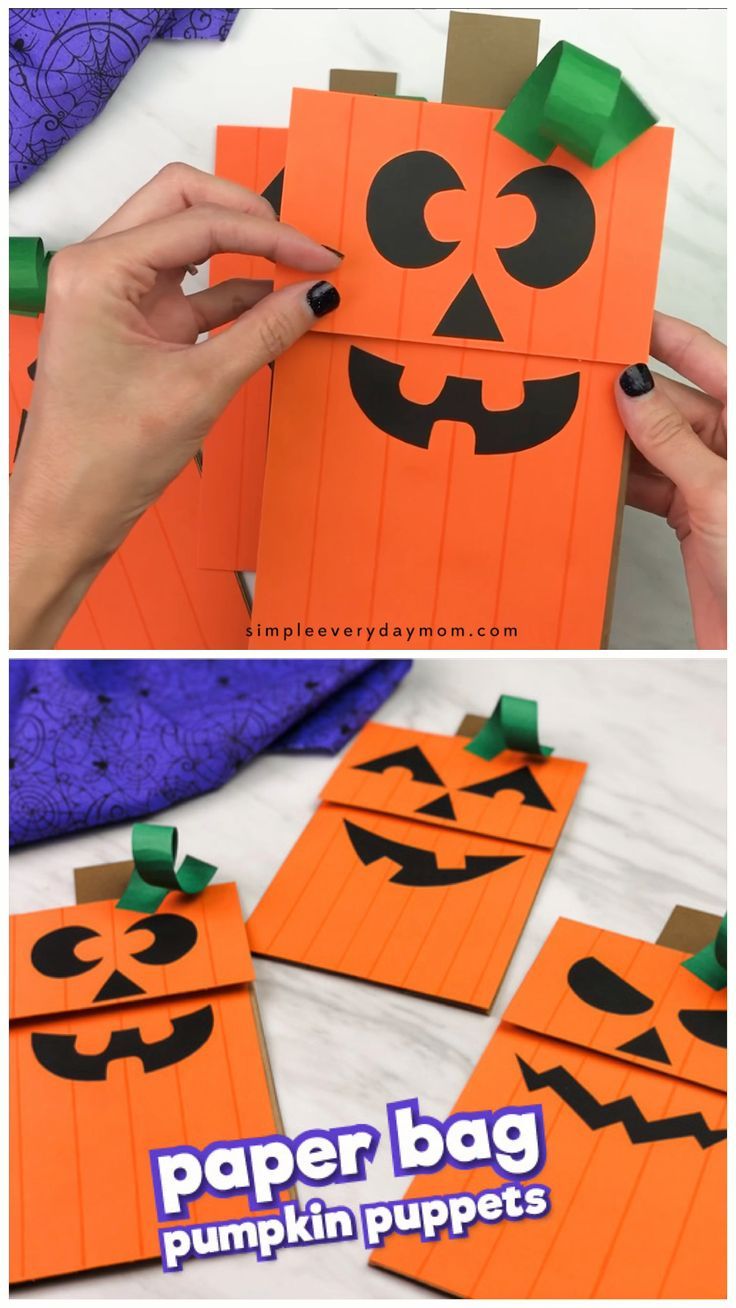 These brown paper bag pumpkin puppets are a fun and easy halloween craft for kids! They’re simple to make and come with a free printable template too. Great for using at home or in the classroom with preschool, pre k or kindergarten children. #simpleeverydaymom #pumpkincrafts