Home / Paper Cut / Your kids will love making their own leaf wreaths for fall! Simply cut a hole ou… 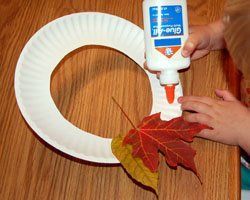 Your kids will love making their own leaf wreaths for fall! Simply cut a hole out of a paper plate and let them glue different colored leaves to complete the craft!