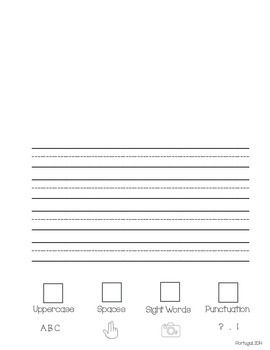 This writing paper will help students to self-edit and make sure they are using: -Capitalization -Two-finger spaces -Sight Words -Punctuation