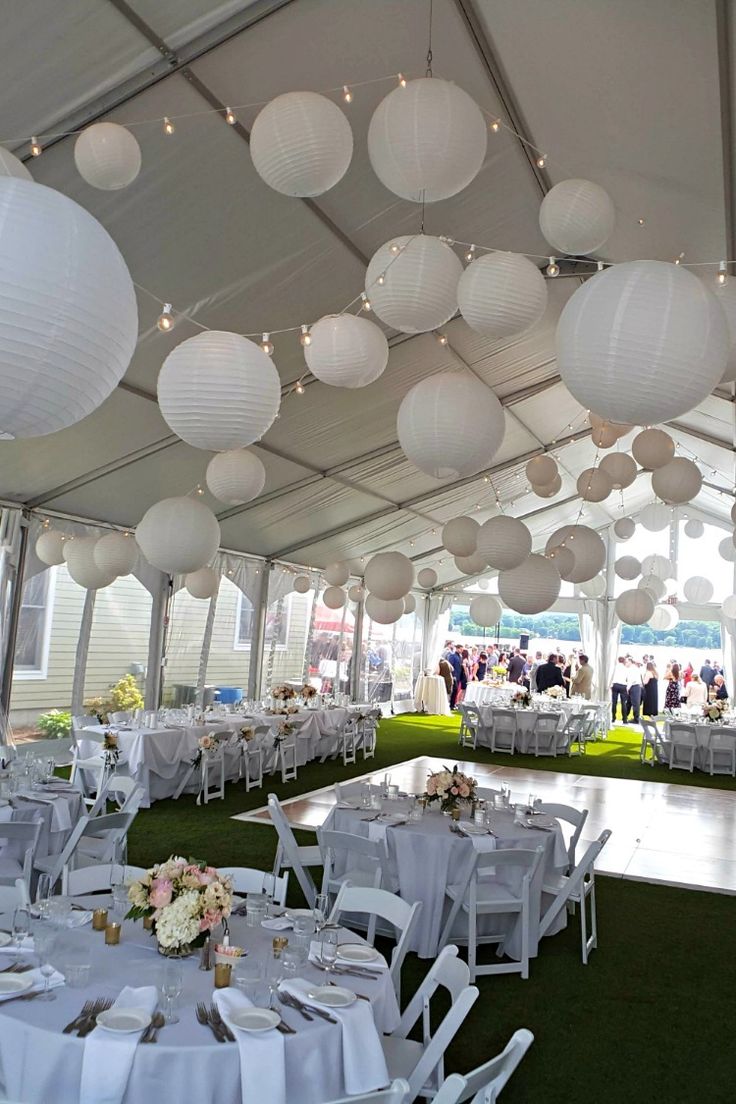 My dimmable LED bistro string lighting, with white paper lanterns installed in the tent at the Lake House Guest Cottages of the Berkshires.