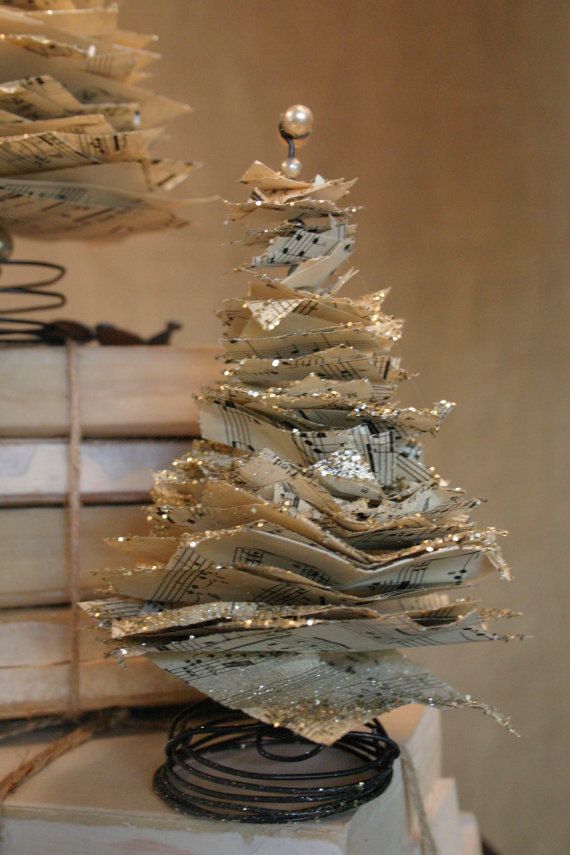 Cute and unique set of three Christmas trees made from vintage paper including 1920s printed music of Beethovens classics. Base and skeleton of