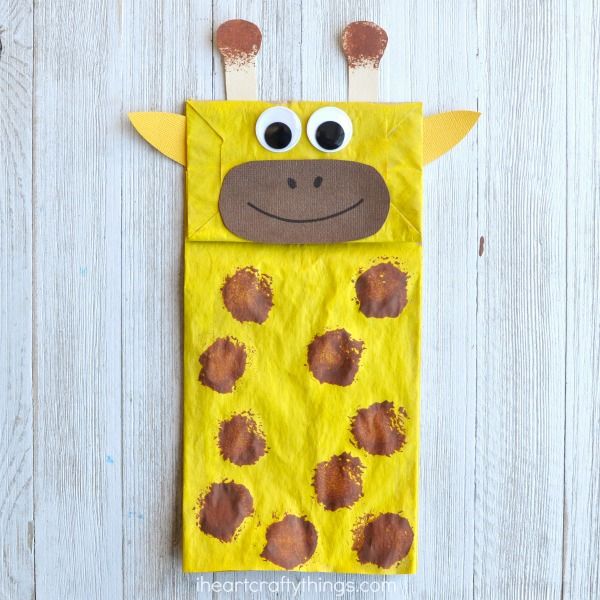 This paper bag giraffe craft makes a great book-inspired craft. Kids can play with their craft as a puppet after making it. Fun preschool craft.